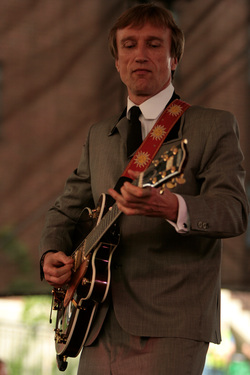 Lead Guitar, Vocals
paulolko@embarqmail.com
When I was 11 years old, the Beatles arrived in America to stir my imagination to play the guitar. My friends and I knew we would be the next “Beatles” some day. After watching them play on the Ed Sullivan Show and all the girls screaming their bloody heads off, we all agreed, “Now that’s a good job”.

So with great passion, I fancied to be a lead guitarist in the footsteps of George Harrison. Our band played many Beatles tunes and stayed together until we all went separate ways after high school.

Having enjoyed many styles, including rock and roll, soul, folk, big band and jazz, I continued to seek out various guitar teachers that would send me to the next level in the guitar stratosphere.

I played in many groups with a variety of styles. The most accomplished band I performed with, except for Abbey Road, was The Lamplighters, a big swing band from New Jersey.

Whether it be playing in bands in public or simply for my children, playing guitar and singing have always been great friends.

Flying ahead to 1996, it was then that a local school asked me to put together a band for their fundraiser. Out of that request grew our Beatles band.
Since then, having gone through a number of changes, we have today AbbeyRoad, The Ultimate Beatles Party Band...Paul 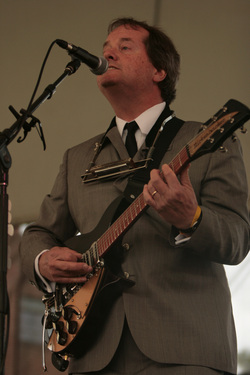 A lifelong pursuit of rock and roll music began for me while watching the Ed Sullivan show when the Beatles appeared for the first time in the U.S.

I was floored! The music of the Beatles influenced everything from my taste in music to society in general…

My first band was at age 13 and I have played in many bands through the years… My deeply rooted influences outside the Beatles include….Wilson Pickett, Otis Redding, Sam and Dave, Chuck Berry, James Brown, The Animals, Dave Clark Five, ELO, Eagles, Rolling Stones, America, CSNY, and many others…I am a fan of all forms of music

Playing with AbbeyRoad has been a dream come true!   Even now, I am continually amazed at the depth, deceptive complexity, and variety of the Beatles compositions!

It is truly a privilege to keep the music alive for our audiences...Keith 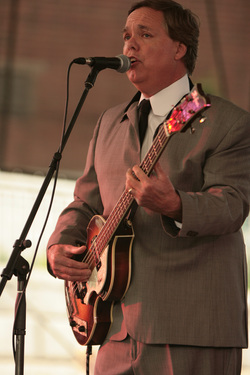 I can remember it like it was yesterday. My parents drove me downtown on a cold winter's day to Stacey's Music shop to buy my first 45rpm of "She Loves You" by the Beatles. I had been interested in playing music since Elvis but the Beatles took me over the top! Now, to be able to play in a Beatle's band is the "topper most of the popper most!" ...Barry 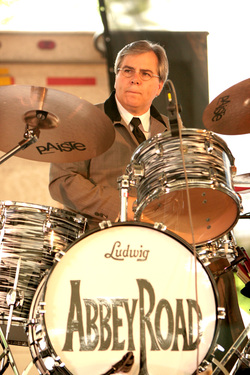 I have played drums off and on since 6th grade. While in Charlottesville, I have played drums for the Voices of Cale, two local theater groups, and several bands…from dixieland and jazz to rock n’ roll. Besides the Beatles, my favorite artists are Elton John and America, who all have worked with producer, Sir George Martin.

I can remember listening to the Beatles with my oldest brother on a small turntable. When he left for college, he gave me his Beatles albums. I never gave them back. Lucky me! That was the beginning of my record collection that is now over 2,000. When I was young, I just loved the music and the beat. Now as an adult, I not only appreciate the true genius of the music and great harmonies, but the maturity of the lyrics such as in Help and In My Life. One of my greatest joys is sharing the music of the Beatles with my son. There is nothing better than the two of us jammin’ together in the basement to the songs of John, Paul, George, and Ringo.

I’ve been a fan of AbbeyRoad, not knowing that one day I would get the opportunity to join them. From the first time I saw the Beatles perform on the Ed Sullivan show, I have wanted a Ludwig 4 piece Black Oyster drum kit. Playing with the band has allowed me to indulge myself. Dreams really do come true! It’s getting better all the time...Billy 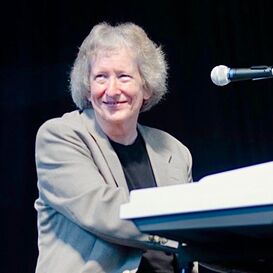 I studied classical piano as a child. When I was 11, I saw The Beatles’ debut on the Ed Sullivan show. Changed my life. I learned to play guitar, and grew my hair. Decades later, I’m still enthralled by The Beatles. Having devoted myself to electronics and becoming an electrical engineer, I’m also deep into the technical aspects of putting on a show. That allows me to accurately reproduce the string and horn sounds as needed. When not playing with AbbeyRoad, I play bass in a Rolling Stones cover band and do sound for swing bands...Doug